The Egyptian Book of the Dead [PDF]

The Egyptian Book of the Dead. The Most Ancient and the Most Important of the Extant Religious Texts of Ancient Egypt, with various chapters on its history, symbolism, etc, etc. Together with a translation, revised as to certain details of M Paul Pierret 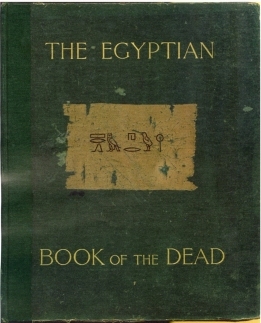 Translated and edited by Charles Davis from the French edition of Paul Pierret Le Livre Des Morts Des Anciens EÌgyptiens (1882) work and revised with additional knowledge gained since the publication of Pierret’s work. Excellent and valuable preliminary chapters are give on the Mythology and Religion of Primitive Peoples; The Egyptian Pantheon, with illustrations of some of the important deities; The Mythology of Ancient Egyptians; and a historical and critical introduction to the book.

There are no reviews yet.

This site uses Akismet to reduce spam. Learn how your comment data is processed.

More from this seller…